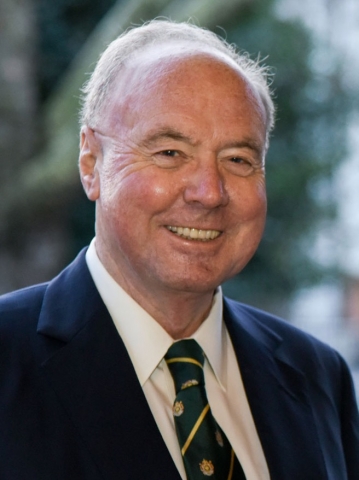 Paul Woolley's career has spanned the private sector, academia and policy-orientated institutions. After several years of practical experience in a firm of stockbrokers, latterly as a partner in his firm, he studied Economics at the University of York (UK) receiving BA (1970) and D Phil (1976).

He held the Esmée Fairbairn Lectureship in Finance at York 1970-76, also serving as Specialist Advisor to the House of Lords Committee on the EEC 1975-6. He then moved to the International Monetary Fund 1976-83, initially as an Economist and later as Advisor and then head of the Division responsible to the Fund's borrowing and investment activities.

Returning to the UK, he was for four years a Partner and Director on the main board of merchant bank, Baring Brothers and its various subsidiaries.

In 1987 he co-founded, and was Managing Director of, GMO Woolley, the London affiliate of GMO, the Boston-based fund management firm. He was a Partner and served on the main GMO board (1998 - 2003). He retired as Chairman of GMO Europe in 2006.

He returned to academic life in 2007, funding the Paul Woolley Centre for the Study of Capital Market Dysfunctionality at the London School of Economics. He is Chairman of the Advisory Board for the Centre and a full-time member of the research team.

He is an Honorary Professor of the University of York, Senior Fellow at LSE and an Adjunct Professor at UTS.

Why investors should be weaned off tight tracking to market indices

Exploitative momentum investing would shrivel in the absence of benchmarkers.

Dynamics of Innovation and Risk

The Great Risk/Return Inversion - Who Loses Out?

Risk and return go hand in hand as companion variables central to the teaching and practice of economics and finance. Standard theory and common sense...

The Global Crisis has intensified debates over the merits of financial innovation and the optimal size of the financial sector. This column presents a...

The Fallibility of the Efficient Market Theory: a new paradigm

The efficient market theory has failed to explain the market behavior and asset pricing of recent years. A new model that incorporates the principal...

Chasing trends is a dangerous game

Congratulations to PWC scholar Kilian Huber for earning the ...

A Theory of Socially Responsible Investment