Financial regulation when the government goes for growth

In his speech on the 23rd of September, the Chancellor declared: “We need a new approach for a new era, focused on growth”. Since financial markets play a crucial role in promoting economic growth and stability, the new government is planning on “an ambitious package of regulatory reforms” to ensure that they do their part. But what exactly should that package of reforms include? And with a government prepared to act as boldly as this one in pursuit of its objectives, no option is off the table. This panel features a range of financial market experts who will explore how the government can reform financial regulation to improve the performance of the UK economy.

You can read the event write-up here. Scroll down for video and photos.

Charlotte Clark CBE is Director of Regulation at the ABI (@BritishInsurers), with accountability for relations between the insurance industry and the Bank of England on prudential regulation, for relations with the Financial Conduct Authority on conduct regulation, and also for taxation issues affecting insurers. Charlotte joined the ABI in 2020 after leaving the civil service, where she worked on financial services regulation at HMT and the DWP.

Jón Daníelsson (@JonDanielsson) is Reader in Finance at LSE and Co-Director of the Systemic Risk Centre. His research interests cover systemic risk, financial risk, econometrics, economic theory and financial crisis. His latest book, The Illusion of Control: Why Financial Crises Happen, and What We Can (and Can't) Do About It, published by Yale University Press, is out now and will be launched on 10th November at LSE - details here. He has written two other books, Financial Risk Forecasting and Global Financial Systems: Stability and Risk and published a number of articles in leading academic journals. Jón writes regularly about his research on modelsandrisk.org and he blogs on VoxEU.

Kevin R. James (@kevinrogerjames) is an economist and Systemic Risk Centre Co-Investigator. Kevin's research focuses upon i) the relationship between financial market effectiveness, regulation, and economic performance; ii) economic and regulatory aspects of systemic risk; iii) corporate finance; and iv) the economics of fund management. His research on these topics has been published in leading finance and economic journals. He has previously worked at the Financial Conduct Authority, the Centre for Central Banking Studies at the Bank of England, the FSA, and the SEC. He has a PhD in Economics from UCLA and a BA from Swarthmore College.

Lutfey Siddiqi (@Lutfeys) is Visiting Professor in Practice at LSE IDEAS and Advisory Board member at the Systemic Risk Centre. He is also an Adjunct Professor at the National University of Singapore and advisory board member of the Centre for Governance (CGIO) at NUS business school. He was previously Global Head of Emerging Markets for Foreign Exchange, Rates & Credit at UBS Investment Bank.

The event video can be found further down. Please scroll down for a few photos and, for a wider selection of images, please visit our Flickr page. 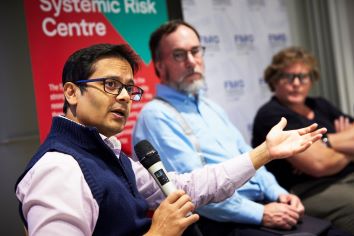 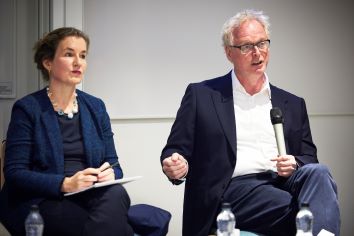 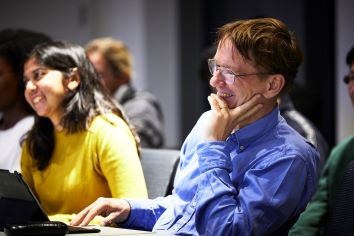 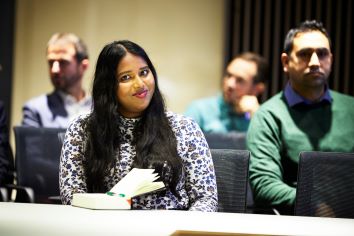 The beginning of the end for cryptocurrencies