It is with sadness that all of us at the Systemic Risk Centre and the Financial Markets Group learned from his wife Carol that Lucien has passed away. Lucien was a member of the FMG from the outset in 1987, and later of the SRC from the outset in 2013. He has been rather concerned about the condition of his heart for a number of years and has been complaining that walking up the hill to his house in North London has become strenuous, but in light of his sharpness we all remained hopeful this too would be something he would be able to overcome for good.

When he did visit his office in the SRC over the last few years, it always felt like a happy jubilation to see him and to hear more about the progress on his life project on The Optimal Consumption Function in a Brownian Model of Accumulation, including a monograph to be published by Cambridge University Press, a project that will sadly now remain unfinished. Part A has come out as a Sticerd Discussion Paper, while parts B and C as SRC DP25 and DP68 respectively. Part D, dealing with the effects of perturbations of the Brownian model, was in preparation, slowed down recently due to ill health. Of course, his interest in optimal investment and capital allocation goes back to the 70s where his 1978 papers laid the foundations of the widely used martingale, or utility-gradient, approach applicable also to non-Markovian settings. His 1978 RES paper appropriately finds itself in esteemed company in the The Foundations of Continuous Time Finance reader edited by Stephen Schaefer, and we're very pleased to say that his celebrated 1990 extension to semi-martingales in Stochastics and Stochastic Reports was originally FMG DP 53.

Besides the obvious opportunity to speak German, to quiz him about this or that property of local martingales, to feel part of his research if only by being able to lend him my copy of Spivak's "Calculus on Manifolds," or to talk about early 20-th century Vienna and empire, it was the breadth and depth of so many unexpected subjects that delighted. Who would have known that Lucien was not only an authority on mining exploration in the Algerian Sahara, but that Lucien was so unhappy with the quality of the English translation in Management Science of Maurice Allais' paper on the same subject that he produced an annotated version with corrections for teaching purposes?

One of his last active research projects outside economics was about epistemology, revisiting the work of Klappholz and Agassi, members with Lucien of the - and here I quote Lucien - well-known, not to say notorious, seminar on Methodology and Testing which ran at the LSE in the 1950s, where the forces of an a-priorist methodology propounded by Lionel Robbins battled the forces of a Popperian approach based on conjectures and refutations. His anecdotes of Popper and Lakatos would have been his to tell in public, and will stay safely with me.

He was a multi-lingual and multi-discipline savant of a type that is getting rarer these days it seems, and we are grateful for the opportunity afforded us to listen to and learn from Lucien, or to learn from him on "the art of economic thought," as his PhD student Alex Stremme put it at the time. He will be fondly remembered by all of his FMG and SRC family. The only regret we have is not to have been able to see more of him lately, Covid having robbed us of his presence. 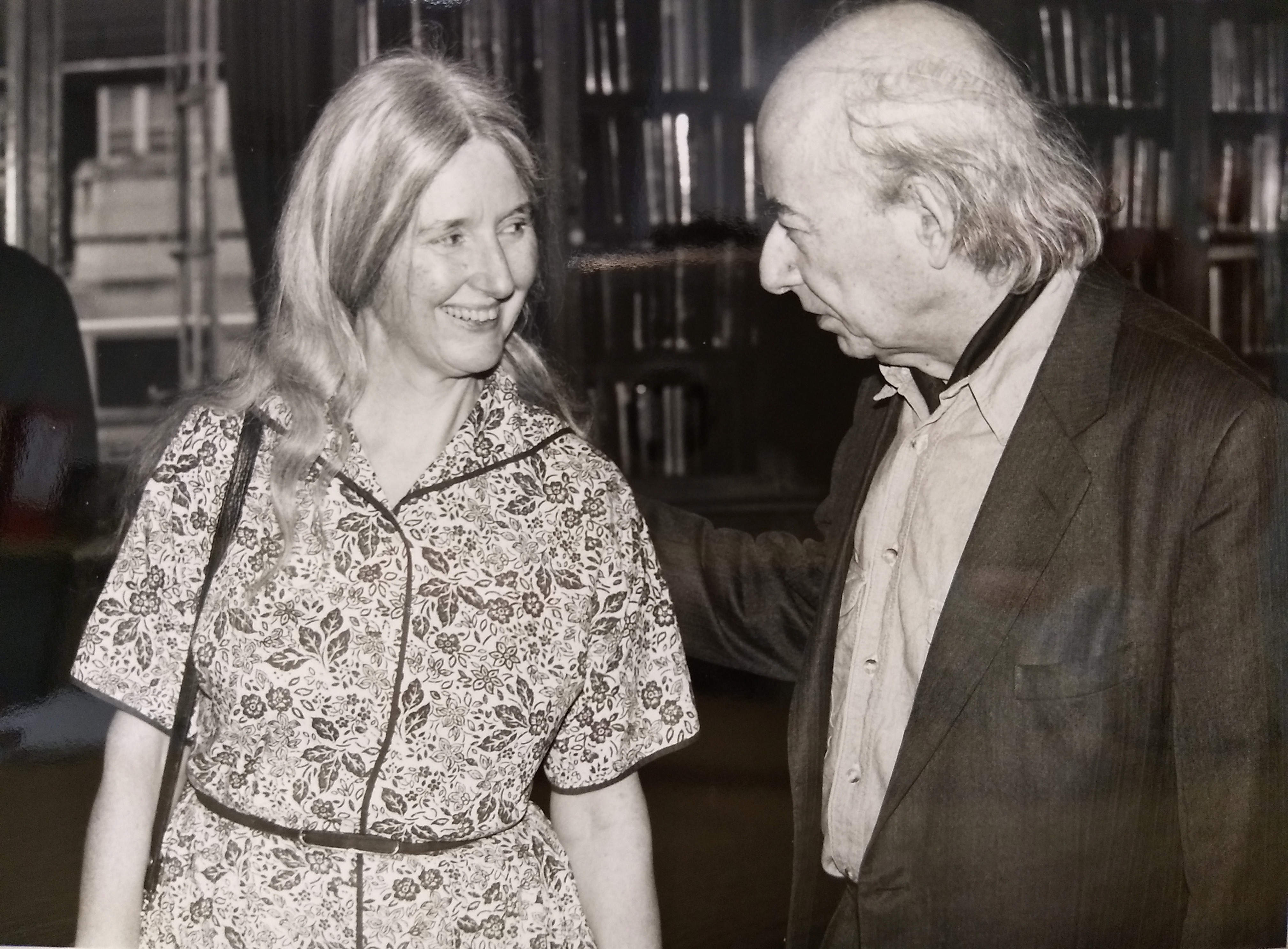 Lucien and Carol Foldes, circa 1990s

Ukraine’s wages and job loss trends during the war