The last four decades have seen continuous disinflation, falling interest rates and rising (within-country) inequality. It is normal for most people to extrapolate the present into the future, ‘lower for longer’, but it is wrong to do so.

In their new book, The Great Demographic Reversal, Charles Goodhart and Manoj Pradhan ascribe much of these past disinflationary trends to globalisation, especially to the stunning rise of China, and to the rising number of workers and ratio of workers to dependents – a demographic ‘sweet-spot’ – as the fall in the number of young outdistanced the increased number of retirees. But both of these forces are now starting to reverse and so will, in turn, past disinflationary trends. The main counter-argument is Japan, which has aged but not inflated. But Japan’s ageing occurred when the rest of Asia was flooded with available labour, and Japan’s industry off-shored to maintain competitiveness. Meanwhile debt ratios, almost everywhere, both in the public and private sectors, have escalated, especially now with the Covid crisis, and this will cause politicians to pressurise central banks from raising interest rates. The result will be slower growth, owing to a slower-growing workforce, inflation and a steeper yield curve.

Simeon Djankov is Co-Director for Policy and Research Fellow at the Financial Markets Group, LSE. He was deputy prime minister and minister of finance of Bulgaria from 2009 to 2013. Prior to his cabinet appointment, Djankov was Chief Economist of the finance and private sector vice presidency of the World Bank.

The slides can de downloaded here.

An audio recording of this event is available here.

You can watch a video recording of the event here.

The Great Demographic Reversal can be bought directly from Pages of Hackney by clicking here. 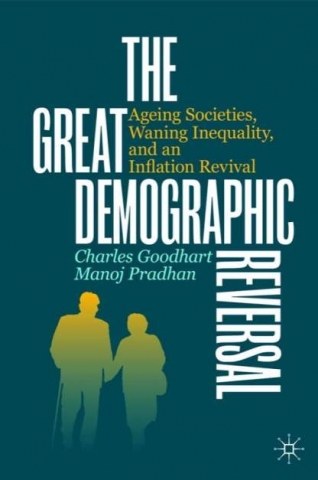 Public trust in scientists and vaccines likely to be damaged ...

Learning about the Long Run

Who Lends Before Banking Crises? Evidence from the Internati ...

Stake-holder Firms and the Reform of Local Public Finance in ...