African economies seemed initially little affected by the economic fallout from the pandemic due to young populations and warm weather. This changed for the worse in the summer, with 7 out of the top-20 most affected countries globally in Africa. Trade has declined by more than a third relative to last year, foreign investment has stalled, and the future of work for many Africans uncertain. The panel reviews the paths different African economies are taking to bolster the economic recovery, including through entry into financial markets and sectoral policies. A special focus of the panelists is the health of the informal economy.

Rabah Arezki (@rabah_arezki) Chief Economist and Vice President, Economic Governance and Knowledge Management at the African Development Bank Group, effective 1st October 2020. Dr Rabah Arezki is currently the Chief Economist for Middle East and North Africa Region at the World Bank. At the World Bank, he led the development of the Bank’s “moonshot approach” for the Middle East and Africa which aims to achieve full internet and digital payment connectivity. He championed the agenda on fair competition, data and transparency to empower and unlock the potential of the region’s youth. Prior to joining the World Bank, Dr Arezki worked at the International Monetary Fund (IMF), where he started as an Economist and became the Chief of the Commodities and Environment Unit in the Research Department. He provided leadership on IMF’s rapid response to the historical collapse in oil prices that started in 2014. He advised authorities all around the world on risk mitigation policies.

Anne-Laure Kiechel (@alkiechel) totals more than 20 years of experience in debt/capital markets and Sovereign Advisory, at both government and SOE level. In 2019, she founded Global Sovereign Advisory (“GSA”). In 2009, she joined Rothschild in Paris, working in the Financial Advisory group. She became Partner in 2014 and initiated Rothschild Sovereign Advisory, a practice she co-created and developed before being appointed Global Head. She started her career at Lehman Brothers in 1999, working in several departments in New York, London, and Paris. She headed Lehman Brothers Debts Capital Markets practices for France and Benelux and co-headed Lehman’s Global Finance practice.

Simeon Djankov (@SimeonDjankov) is Co-Director for Policy and Research Fellow at the Financial Markets Group, LSE. He was deputy prime minister and minister of finance of Bulgaria from 2009 to 2013. Prior to his cabinet appointment, Djankov was Chief Economist of the finance and private sector vice presidency of the World Bank.

An audio recording of this event is available here.

You can watch a video recording of the event here.

This talk is part of the Shaping the Post-COVID World series. Building on the important conversations and research being undertaken as part of the COVID-19 response, the Shaping the Post-COVID World initiative will convene a debate about the direction the world could and should be taking after this crisis and what policies national and global actors should pursue. We have an opportunity to help shape the “new normal” in line with our strategic ambition to be the leading social science institution with the greatest global impact. 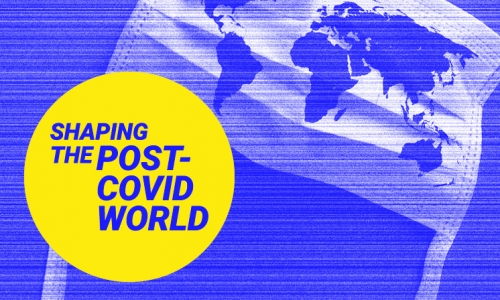 This meeting discusses a new eBook published by CEPR, edited by Rabah Arezki...

The Development of Central Bank Digital Currency in China: A ...

Network Risk and Key Players: A Structural Analysis of Inter ...