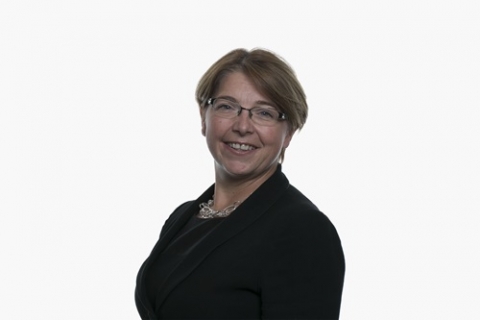 Sarah Breeden is the Executive Director for Financial Stability Strategy and Risk and a member of the Financial Policy Committee (FPC) at the Bank of England since August 2021. The FPC is the United Kingdom's 'macroprudential' authority. It is tasked by Parliament with guarding against the financial system damaging the wider economy. Sarah is responsible for the Bank of England's work to deliver that objective.

Sarah also leads the Bank of England's work on climate change, domestically and internationally, a role she has held since 2016. This has included being Chair of the macrofinancial workstream of the international central bank and supervisors' Network for Greening the Financial System (NGFS).

Before moving into supervision, Sarah was a Director in the Bank's Financial Stability Strategy and Risk Directorate, where she focused on developing the UK's macroprudential policy making framework and supporting the Financial Policy Committee. Previously she was head of the division that assessed risks to financial stability from financial markets, the non-bank financial sector, and the real economy.

Sarah led the Bank's work to support the transition of prudential regulation of banks and insurers from the Financial Services Authority to the Bank.

Prior to that she was head of the Bank's Risk Management Division and head of Special Projects in the Markets Directorate, leading the design and risk management of financial market operations undertaken by the Bank including those launched during the financial crisis.